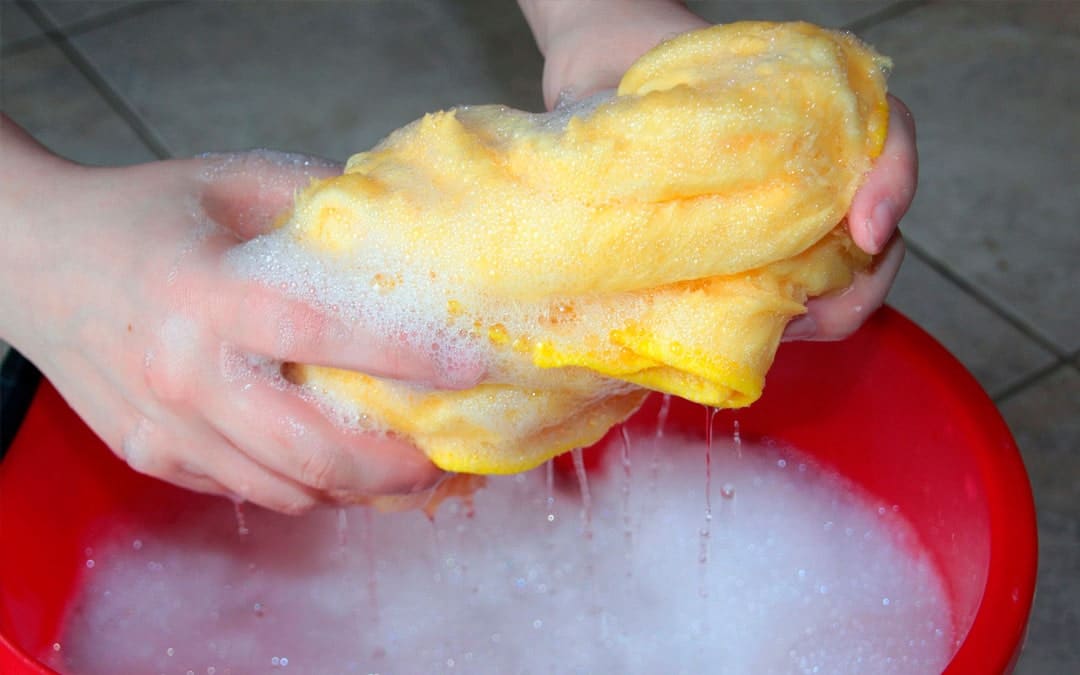 People are in and out of office buildings every day but seldom notice the detailed labor behind the scenes.

360clean employee Samantha Teal of West Salem thoroughly cleans the Riverfront cafeteria. She said, “It’s nice when people come up and introduce themselves and tell me what a good job I’m doing.”

August 11, 2013 12:00 am  •  By Bergen Sopher | Bergen.sopher@lee.net
La Crosse’s 360clean is a cleaning company that provides medical-grade sanitation while striving for customer satisfaction through service and responsiveness.

The booming franchise started in 2005 in South Carolina by cleaning medical facilities and hospitals. In 2010, La Crosse owner Rolan Covert and his then partner, Scott Tanke, took on a local franchise.

“From early on, we didn’t know what the market was, and there were a lot of cleaning companies in town, but what we found was customers were being underserviced, and a company could come in and raise the bar,” Covert said.

From October 2012 to February 2013, the company’s growth doubled. There are now two franchises in La Crosse, and the company is expanding. Covert said, “It’s amazing to see where we’ve come. It’s extremely rewarding.”

At a time in the American economy when many companies are downsizing, 360clean has created jobs. “I was looking for a franchise that was relatively recession proof,” Tanke said.

The two branches in

La Crosse employ 20 cleaners. “We want someone that is honest and has attention to detail and takes pride in their work,” Covert said.

360clean takes a unique approach to both working with clients and cleaning facilities. As part of its proposal process, a dual interview is conducted.

Covert and a potential client do a walkthrough of a facility with both sets of eyes. Covert picks up on problems unseen by the untrained eye that need remedy. For example, an air duct may look clean on the outside, but a company could still have an air filtration problem. Tile grout could be holding dry, dirty water that regular mopping would only serve to move around.

Clients receive a quarterly web survey every three months asking the question, “On a scale of one to 10, how happy are you with the service?” If a client selects anything below an eight, they get put on a “get back on track” initiative.

Clients can also visit 360cleansupport.com to fill out a ticket if there are any concerns, which are addressed with communication from corporate to the local branch.

“No matter who you go with, at some point you are not going to be happy, but we respond to issues in a quick manner,” Covert said.

Many cleaning companies focus on facility image, but 360clean strives for infection control. 360clean also uses a system of color-coded microfiber towels to prevent cross contamination. For example, horizontal surfaces are cleaned with a yellow towel only.

360clean services about 50 businesses in the La Crosse area. Among them is Riverfront Inc., which provides services for people with disabilities and their families. President and CEO Mary Kessens said, “I think the place is cleaner than it’s ever been, and it’s cleaned more consistently.”

Covert has been involved with Riverfront in the past and shares its mission. “It’s a nice partnership when you can do business with people who share your values,” Kessens said.